Every ladder starts with a bottom rung. If you’re like us, you probably have a lucid memory of where that climb began—so far down that looking up to the top meant having to squint.

Origins are humbling, as anyone hitting the pavement as an entrepreneur, a Wall Street intern, a food truck worker, or even a first-time homebuyer in the 2020’s knows too well. Most of the time, the way up our respective ladders is saying yes.

That is, saying yes whenever we exhale. Yes to every request, offer and opportunity that comes our way.

Looking around… and considering the strange fact that a recession years in the making is now a battle over who controls the dictionary, saying ‘yes’ to everything sounds like good advice. 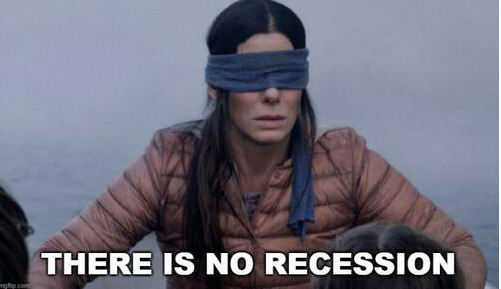 If you’re not in the habit, saying ‘no’ good and hard might feel like mounting the gallows… right next to some oddball with his hands tied behind his back and a calm, but knowing grin.

In his article on Sloww.com, Kyle Kowalski argues that the pressure to say ‘yes’ and a culture of people saying yes to everything is the whole problem.

His advice is flipping a U-turn—instead of focusing solely on saying yes to everything you should be doing, say no to what you shouldn’t be doing.

To steal a metaphor from personal finance guru Dave Ramsey (he uses it to describe the way out of credit card debt), say no like a gazelle… one that’s running like hell to get away from a predator.

In another article on productivity, Kowalski quotes management consultant Peter Drucker, who gives a graceful, soulful ‘no’ to a Hungarian professor asking him for an interview.

‘I am greatly honored and flattered by your kind letter…for I have admired you and your work for many years, and I have learned much from it. But I am afraid I have to disappoint you. I could not possibly answer your questions.

I hope that you will not think me presumptuous or rude if I say that one of the secrets of productivity (in which I believe whereas I do not believe in creativity) is to have a VERY BIG waste paper basket to take care of ALL invitations such as yours—productivity in my experience consists of NOT doing anything that helps the work of other people but to spend all one’s time on the work that Good Lord has fitted one to do, and to do well.’”

If they’re on the bold side, it’s because Drucker’s words come from a place of focus, devotion, and personal strength. In our saccharine, feelings-drippy culture, they’ve got the killer burn of a good Scotch-Whiskey.

They sting because they’re honest, and in a way that respects the recipient of said ‘no’ enough to tell him the truth.

A yes that can’t deliver is far worse and far more damaging than a thousand offhand no’s.

So feel no shame, and lug that wastebasket out.

The more we chew on the times we said ‘yes’ to someone, the more we realize how unique and unexpected that relationship turned out to be.

By saying no to everything but our core mission of helping entrepreneurs with financing options, we’re lean and ready when the next yes comes along.

While we’re at it, Dare Capital’s yes means we’re signing up for the whole journey…and unlike those who print our money, it’s a currency we won’t dare dilute.

That being said, you’ll never know what you might have if you don’t ask.

So try us. Give us a call and let us tell you about the Dare client experience.

Finally, if you’re digging these Dare’s thoughts on news and culture, you can now find these emails posted on our website, along with our blog series on the hero’s journey.